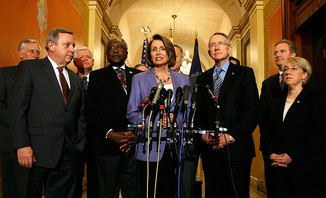 Instead, Democrat politicians and operatives have decided to follow a two-pronged strategy of 1) blaming everyone but themselves and 2) doubling down on the same strategies and messages that resulted in the collapse of the fabled Blue Wall and thirty-three Republican legislatures that are now just one state away from calling a Constitutional convention.

No campaign or political party in modern memory has been more delusional regarding the whys and hows of its election collapse than Democrats in 2016:

Karen Finney has distinguished herself as a world-class blame-gamer. In order of appearance, here are her reasons why Trump beat Clinton, what she calls the “headwinds that proved to be too strong”:

Which among this impressive list of excuses is wrong (simply, all of them) is far less important than the harsh reality that they’re the sorts of obstacles that successful, well-run campaigns overcome. (Read David Plouffe’s The Audacity To Win to get an idea of how modern presidential campaigns should be run. Or see The War Room or Boogie Man: The Lee Atwater Story.) Because, y’know, politics ain’t beanbag. Only the few and the blessed get an easy ride. (I’m looking at you, Barry.)

Finney’s assessment is red meat for the “racists, sexists, homophobes, anti-semites, Islamaphobes, xenophones, and Putin’s useful idiots voted for Trump” narrative that took Facebook by storm on November 9th and remained dominant until it was eclipsed by the equally weird “fake news” narrative that’s currently en vogue. She and other neoliberal Democrats like her (except the DNC staffer who called bullshit on Donna Brazile) reside in an echo chamber where the only thinkable explanations for why the Clinton campaign failed are those that let her, those around her, and her candidate off the hook. Notice how often Finney mentions being “on the ground” in this clip. It’s really just more delusion, a slick effort to legitimize her excuse making—“I saw the real deal that others didn’t.” She can’t even mention that Bill Clinton, the most politically talented head of state since Winston Churchill, pleaded for a stronger message for working families: 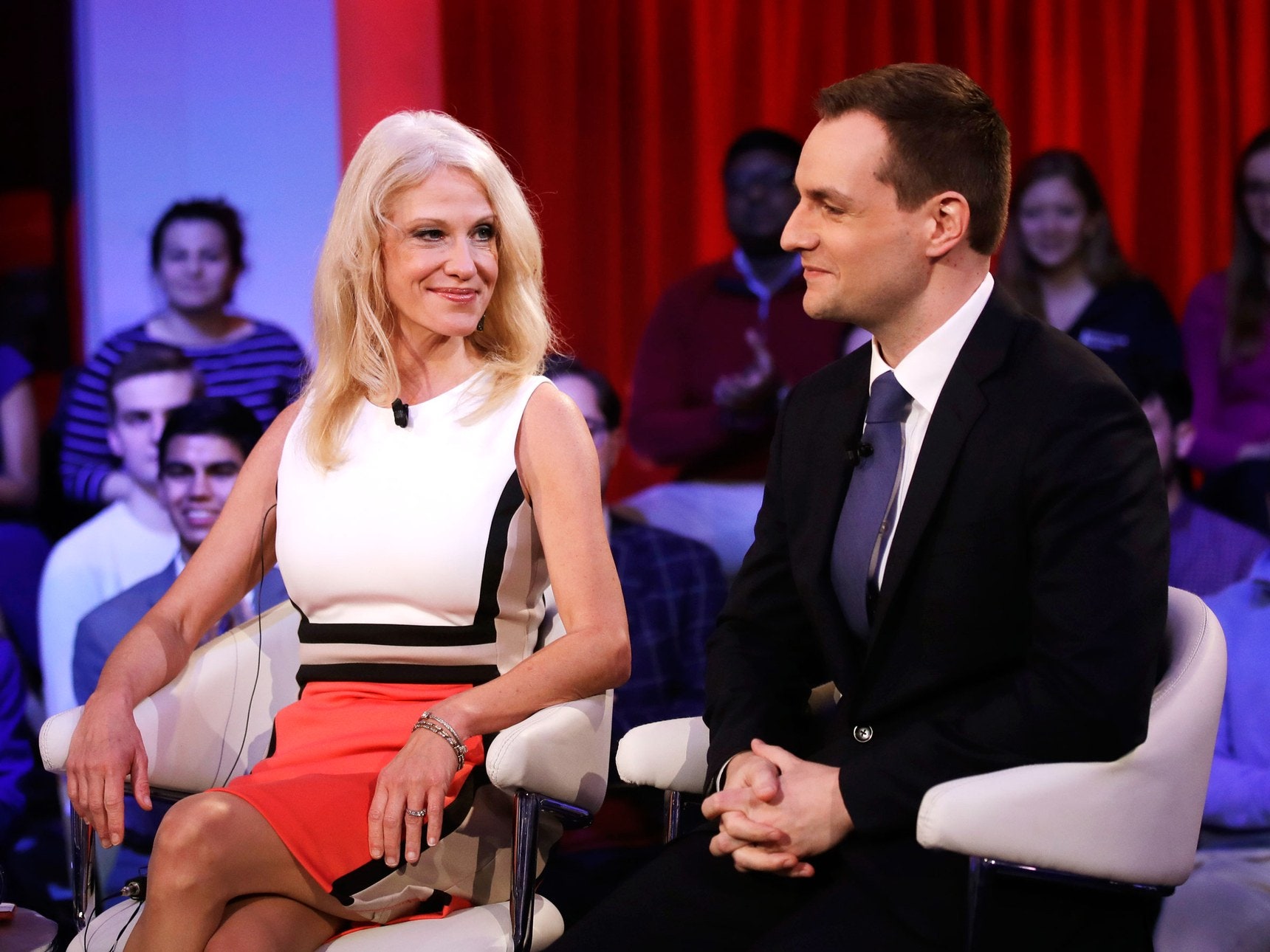 An audience member asked Mook if reports were true that former President Bill Clinton had pushed Clinton to offer a stronger economic message to voters, especially the white working class voters who helped put Trump over the top in Rust Belt states. Mook waffled. Tapper followed up by asking how Bill Clinton was feeling now after the loss, and Mook stayed on message: “I think he’s very upset about that letter from James Comey.” The audience laughed.

Shocking. But then there’s this:

“There’s a lot of road rage out there because after the financial crash, it took a long time before incomes started going up again. There are still some families that if you adjust for inflation, their incomes are about what they were the last day I was president more than 15 years ago and their costs are going up. And that’s really tough,” the former president drawled as he campaigned on behalf of his wife, Democratic nominee Hillary Clinton.

“So when you get up every morning, and you look in the mirror and you don’t think you’ve got the power to make tomorrow better than today, that’s a pretty tough load to carry,” he told an audience that included union laborers.

Much in Bill Clinton’s and almost nothing in Finney’s comments touch on the weakest Democratic Party campaign since Dukakis in 1988 from the weakest Democratic candidate since Jimmy Carter in 1980, a candidate who also had more than a billion dollar war chest and the almost total support of corporate media. Many among the media put their money where their keyboards were and gave her a 98% chance of winning.

Where blame-gaming is disingenuous or delusional, the doubling down we’ve seen from Democratic Party leadership is cynical.

First, Chuck Schumer, who infamously said that for every one vote from working class Democrats Clinton would lose, she’d gain two votes from moderate Republicans, was elected Minority Leader of the Senate. Hopefully someone will someday tell him that Democrats simply are moderate Republicans. Then it was revealed that elements within the Obama White House were scheming against the candidacy of progressive Keith Ellison for DNC Chairman. And because Obama is anti-Ellison, you can be sure that Negro Whisperers like Charles Ellison at The Root are anti-Ellison, as well. And Nancy Pelosi was once again elected Minority Leader of the House of Representatives. She successfully fended off a lame challenge from Tim Ryan, who was really just padding his resume in anticipation of running for governor of Ohio.

If this isn’t more cowbell—the remedy that everything needs more of—from and for the Democratic status quo, it’s hard to imagine what would be. This means that because it’s failed before—particularly in its ignorance of a seismic shift in how people think about the connection between politics and their lives—we should expect and be prepared to watch it fail again in 2020.

Branko Milanovic is the author of Global Inequality: A New Approach for the Age of Globalization. It’s part of an emerging “Post Keynesian” trend in economics led by Thomas Piketty, Robert Gordon, Rana Foroohar, Dani Rodrick, Francis Coppola, Nicholas Taleb, Steven Keen, Mark Blyth, and Ann Pettifor, among others. They’re my ammunition for resisting the bankrupt economic theories emerging from Trumplandia. Mainstream economics outlets such as Bloomberg try to dismiss many of their ideas as fuzzy-wuzzy “heterodox” economics. Don’t believe the bullshit that septuagenarian Democratic leaders are paid to believe by the billionaire class.

Against Democrat blame-gaming, doubling down, and the lack of understanding what’s going on in the lives of working families, Branko has a chart:

The Ebenezer Scrooge Economy: The Dickensian Divide Between Concentrated Wealth and Intensifying Poverty

If you think the wealth-and-incomes gap is painful now, just wait a decade or two. If allowed to go unattended, the widening economic divide will soon become a dangerous social chasm. That data-driven projection is leading many analysts to dread that inequality (whether between countries or within the same country) threatens to pose a stark challenge to social stability, and even to the survival of democracy.

The breakthtaking “a-ha!” moment of Milanovic’s CGD presentation was the chart (see the illustration, above) – praised as “the Chart of the Century” by seminar chairman Michael Clemens of CGD and discussant Laurence Chandy of the Brookings Institution – that plotted-out the pattern of how globalization has exerted relentless downward pressure on the incomes of the global upper-middle class, which roughly corresponds to the Western lower-middle class.

Globalization has helped promote the prosperity of skilled workers in developing nations, Milanovic explained, with the dramatic surge of China’s economy being the greatest driver of global “convergence.” Yet globalization has had an undeniable downward effect on the wealth and incomes of low- and medium-skilled workers in developed, industrialized nations. That certainly helps explain the angry mood among voters in Western Europe and North America, whose overall incomes and wealth have been stagnating for perhaps 40 years.

If you’re old enough to remember Ross Perot’s first presidential campaign in 1992, this chart is a representation of that “giant sucking sound” he warned us about more than twenty years ago.

Notice where the American middle class is on this chart—no wage growth, exactly where Bill Clinton said. The key idea of “the chart of the century” is that globalization, free trade, and NAFTA have essentially been massive wealth redistributions from the American middle and working class to the Chinese lower class (that subsequently became the middle class filling those ghost cities) and the American upper class (who once gained wealth from either income or capital, but now gain wealth from both.)

Keep this chart in mind when you hear politicians claim that free trade is good for everyone.

The plug was pulled from the American economy by neoliberals and those old-ass Democrats who still won’t go away even though the Clintons have made their exit from the world stage.

Post election, there should have been a lot more blood on the floor, not just Hillary’s. But there wasn’t, and there won’t be, which brings us back to what possible future the Democratic Party can have. Chris Cillizza has a few ideas:

The Race For The 2020 Democratic Presidential Nomination Is Now Open

Although this most stunning upset in modern presidential history has produced (and will produce) a thousand aftershocks, one of the most unlikely and important is that the Democratic presidential nomination in 2020 is now open.

That opening is made all the more remarkable by the fact that there is simply no logical heir (or even heirs) to President Obama or Clinton — no obvious candidate waiting in the wings to step forward and rebuild the party. Vice President Biden appears to have decided that he is done running for office. As a two-time loser, Clinton is done, too. And after that, the bench is, well, pretty thin.

Cillizza discusses the front runners for the 2020 presidential race mostly in terms of identity politics and money from the donor class. This is the same strategy that allowed Democrats to think that they could take their eyes off the ball (Branko’s chart) and still win the White House. Cillizza hardly discusses policy positions at all and doesn’t touch the looming internecine struggle between progressives and neoliberals within the party.

The prominent Democrats on his list—Cory Booker (who’s raised more Wall Street money than anyone else in the Senate), Kirsten Gillibrand (Hillary Lite), and John Hickenlooper (a centrist’s centrist) are pro Wall Street and pro war, but see the working class in general and working class whites specifically as Karen Finney does—which is hardly at all.

This second generation of neoliberal Democrats are allergic to traditional Keynesian, New Deal, and Great Society liberalism and the policies and programs that have formed and supported the Democratic base of working families. Instead, they will continue to talk about the benefits of free trade and economic liberalism (capital flowing through the world much more easily than labor), but will do little about the sort of casino capitalism that’s resulted in many people in the advanced parts of the world becoming much more pissed than they were a generation ago.

Cillizza’s Democrats are the exemplars of the sort of “Pepsi” Republicans who for the foreseeable future will always lose to real “Coke” Republicans.

And yet, sadly, hating Trump now seems to mean not paying attention to how Democrats have sold their souls for Wall Street money and moved towards the right, and have protected their Big Money flank by appropriating the sort of identity politics that neuters the progressive economic left. If everyone who disagrees with your bullshit program is a racist, sexist, or homophobe, then no one talks about the Bernie Sanders agenda, the Occupy Wall Street agenda, the left version of the anti-globalization agenda from the late 90s (remember the Battle of Seattle?), or the environmentalist climate change agenda that’s also about environmental justice and the inevitable shift from fossil fuels.

And none of us are even thinking about real poor people.

And because no one’s talking about any of this now, four years from now we all will be talking about how Democrats have lost the presidency again.

IMAGE SOURCE: 20 Leading Democrats Urge Party to “Get Back on Offense”

One thought on “Democrats Have Already Lost The 2020 Presidential Election”