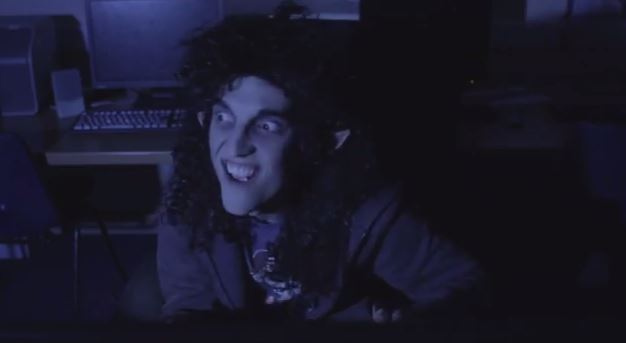 Alex Rowell’s Now article is a thorough and devastating critique of the recent attack on Michael Weiss (The Daily Beast, ISIS: Inside The Army Of Terror) published on The Unz Review:

A Grotesque Attack On A Brilliant Writer

A persistent dilemma, in our social media-centered age, in which any fool can (and will) voice their opinion on any given topic on an essentially equal footing with people who actually know something of what they’re talking about, is how to deal with the ignorant, fatuous, hostile and/or dishonest detractor, also known as the ‘troll’.

Read the full article on Now. →

Of particular interest is Rowell’s focus on one of the scourges of modern society—the troll:

“[A] cretin looking for nothing more than a rise out of you must never be engaged. The same goes for the crackpot who elevates his toxic emission to the more elaborate media of the blog post or full-length column. It isn’t just about denying them the airtime and platform they don’t remotely deserve. It’s about not paying them the compliment of taking their writing as though it were serious enough to merit attention. It’s a question, in the end, of self-respect.

By that standard, this article published Monday on the far-right website ‘The Unz Review: An Alternative Media Selection’ should have been safely ignorable by all people of discriminating taste. As a general rule, one should think of the concept of ‘alternative’ media much the same way one does ‘alternative’ medicine: if it worked, it would just be called medicine.”

Still, none of that excuses some of the truly weak reasoning in this passage. Indeed, the bolded text above is an example of the author practicing what he just condemned several sentences before.

“One should think of the concept of ‘alternative media’ much the same way one does ‘alternative’ medicine: if it worked, it would just be called medicine,” is an example of an argument by analogy:

‘The process of analogical inference involves noting the shared properties of two or more things, and from this basis inferring that they also share some further property. The structure or form may be generalized like so:

P and Q are similar in respect to properties a, b, and c.

P has been observed to have further property x.

Of course, the argument doesn’t assert that the two things are identical, only that they are similar. The argument may provide us with good evidence for the conclusion, but the conclusion does not follow as a matter of logical necessity. Determining the strength of the argument requires that we take into consideration more than just the form: the content must also come under scrutiny.’

So, in this case, the structure of Rowell’s “alternative media” argument looks like this:

2) If alternative medicine worked, it would simply be called “medicine.”

3) Likewise, if alternative media worked, it would simply be called “media.”

Second, we can argue that there are much more suitable similarities that show that alternative media is not analogous to alternative medicine in the way that Rowell wants us to accept. For instance, what if alternative media were more like alternative music? Alternative music is very often thought of as simply music. R.E.M. for instance, and even U2 were once “alternative,” so why not media? Furthermore, music, as well as news and opinion publishing are both media, and in both cases, “alternative” is used to describe the different sorts of entities that own said media, not necessarily the sort of news content that’s produced. For example, “corporate” or “mainstream” music are very often used to describe certain kinds of music that’s produced by corporations. “Mainstream media” works the same way. Lastly, there might be plenty of “open source” media outlets that could conceivably produce much the same content (opinion, analysis, news) as corporate media, even though it’s “alternative.” By contrast, alternative medicine does not produce the same product as “mainstream medicine.”

Though arguments by analogy are inductive reasoning, in cases such as this, they are more about non-rational means of persuasion, such as rhetoric, than the more deductive aspects of critical thinking in which the truth of conclusions follow from the truth of premises.

Culturally, we’ve accepted an idea of trolling as irreverent or hateful online behavior against certain ideas, positions and agendas. Moreover,  we’re conditioned to think of trolling as a set of tactics that “people of discriminating taste” would abhor and never employ. This kind of trolling is about insults, anarchy and dissemblance. But there’s another kind of trolling practiced more by defenders of orthodoxy and consensus, those whose claims to authority were once seen as self-justifying, but are no longer. I call their kind of ideological warfare “meta-trolling.”

Where trolling is abrasive, meta-trolling is subtle. It doesn’t have to bludgeon. All it has to do is nudge. It defends its own authority by substituting rhetoric and established opinion for solid arguments and critical thinking as a way to control how we form opinions about (and hopefully reject) alternative views. And all too often, we see it when someone in the media says something like, “If alternative media worked, it would just be called media.”

Thus, meta-trolling is more insidious and subtle than guy-in-his-mom’s-basement trolling, because it’s about trolling rational debate itself.